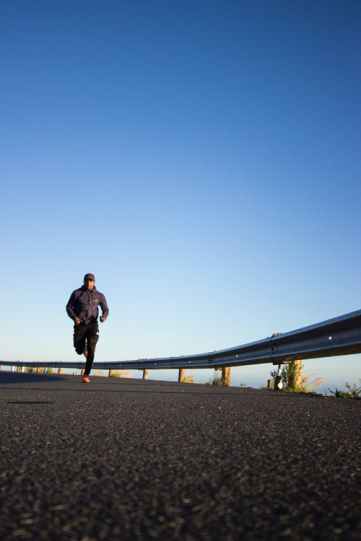 We hear a lot about prostate cancer nowadays, as we should. Prostate cancer is an extremely common form of cancer, which affects 1 in 7 men in the United States, according to the American Cancer Society. Over the years, the approach to the treatment of prostate cancer has evolved from a more surgery and radiation focused treatment, to more of a philosophy of watchful waiting. The driving factor behind this decision is that prostate cancer is usually a slow growing cancer that is discovered late in life, and therefore  a diagnosis of prostate cancer in a 65 year old man is not as likely as other cancers to have a significant impact on his lifespan.

Regardless of this new approach to the treatment, there are still many men whose cases require medical and surgical intervention. Prostate cancer is often treated surgically by removing the prostate either through a laparoscopic procedure or an open procedure. Men may prefer the laparoscopic removal of the prostate because it has been shown to cause less bleeding and it allows the surgeon to better be able to visualize the nerves responsible for erections. Other treatments for prostate cancer include cryotherapy, hormonal therapy, radiation, and chemotherapy.

Surgery carries side effects, which can have a profound effect on your life but usually these side effects will go away over time. Side effects that generally go away include urinary incontinence and erectile dysfunction. Some permanent effects from prostatectomy surgery are dry orgasm (orgasm without ejaculate) and loss of fertility. This is because when the prostate is removed, the surgeon must cut the connection between the testicles and the urethra. Because this connection is removed, the sperm that is produced has no way to exit the penis to fertilize an egg.  Some men may chose to cryopreserve or “bank” their sperm prior to surgery.

The ability to achieve an erection and control your bladder returns spontaneously for many men after they undergo treatment for prostate cancer. The return of these abilities can take anywhere from 6 to 12 months. Many men find that waiting for half a year to a year for these functions to return is simply too long. They also often struggle when they compare themselves to other men who have recovered faster. Recently, there have been many studies looking at ways to expedite the return of urinary and sexual function in men who have been treated for prostate cancer.

The research shows that men can take an active role in speeding up their recovery from prostate cancer by participating in a pelvic floor rehab program with a qualified pelvic floor practitioner. We offer these services at Beyond Basics, so feel free to learn more about them here. By strengthening weakened muscles, stretching tight muscles, allowing for better coordination through biofeedback, pelvic floor physical therapy can help you feel like you sooner.

Hirschhorn A, Kolt G, Brooks A.

A multicomponent theory-based intervention improves uptake of pelvic floor muscle training before radical prostatectomy: a ‘before and after’ cohort study. BJU Int. 2014;113:383-392

2 thoughts on “Physical Therapy and the Prostate”

This site uses Akismet to reduce spam. Learn how your comment data is processed.